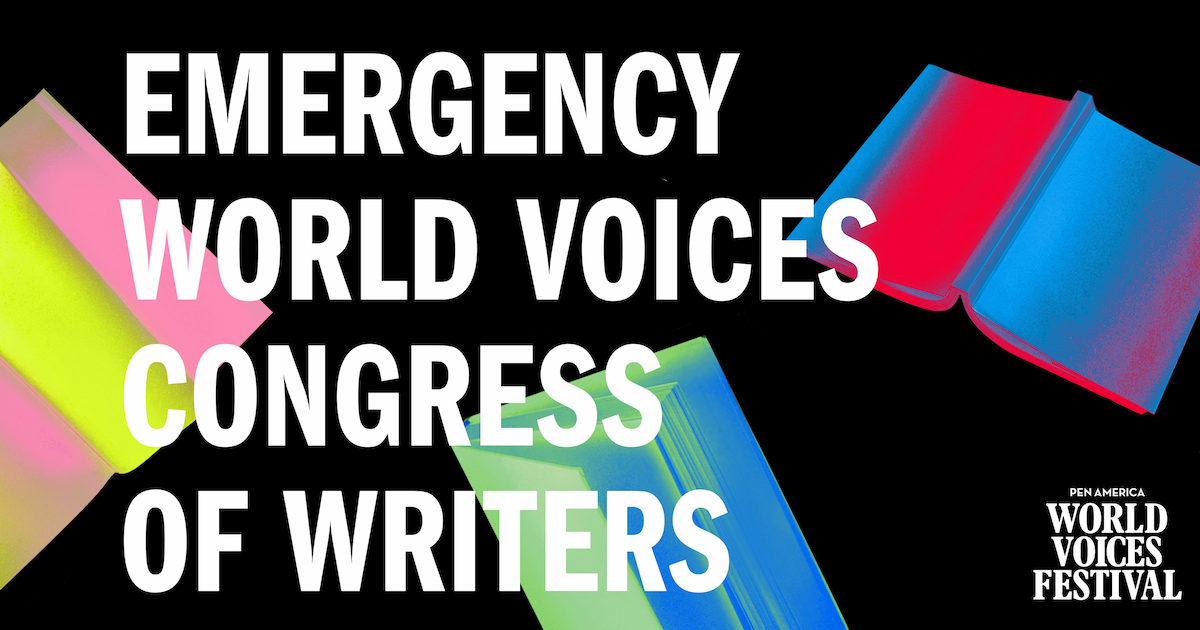 In direct response to the invasion of Ukraine and other humanitarian and authoritarian crises unfolding globally, PEN America convenes a modern iteration of a historic PEN America-led conference, held at the 1939 World’s Fair and organized by the legendary journalist and former PEN President Dorothy Thompson. The meeting featured a speech from writer and PEN International President Jules Romains, who stated that writers are “an army without banners” and suggested it was time for “the pen to fight the sword”—demanding writers take a stance against the atrocities unfolding in Europe. In 2022, the Emergency World Voices Congress of Writers will convene to consider urgent questions of solidarity, free expression, and the role of writers amid times of upheaval. This event is by invitation only.