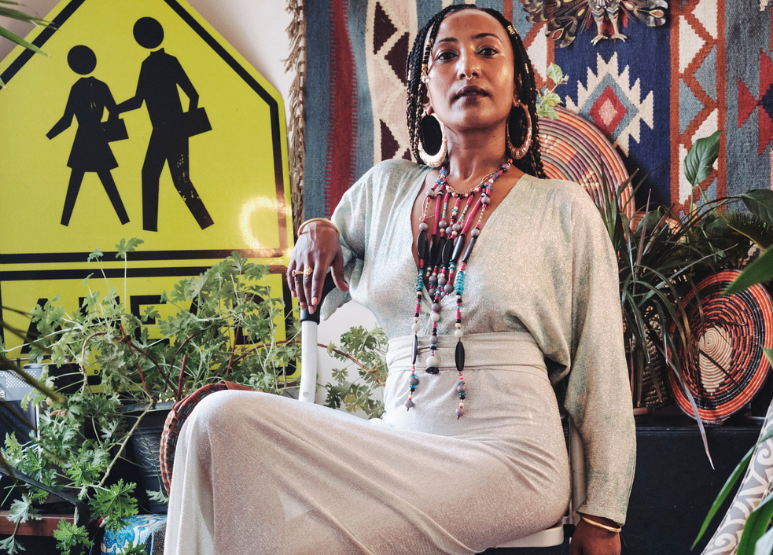 Alsarah is a singer, songwriter, bandleader, and somewhat reluctant ethnomusicologist. Born in Khartoum, Sudan, she relocated to Yemen with her family before abruptly moving to the United States, finally feeling most at home in Brooklyn, NY, where she has lived since 2004. She is a self-proclaimed practitioner of East African retro pop music. Working on various projects, she has toured both nationally and internationally. With her main outfit, Alsarah & the Nubatones, she has released two full-length albums: Silt, followed by Manara (Wonderwheel Recordings, 2014 and 2016). She has also released a full-length album with French electronic producer Débruit titled Aljawal (Soundways Records, 2013). She was featured on The Nile Project‘s debut CD, Aswan (named among the Top Five Must-Hear International Albums by NPR in 2014).