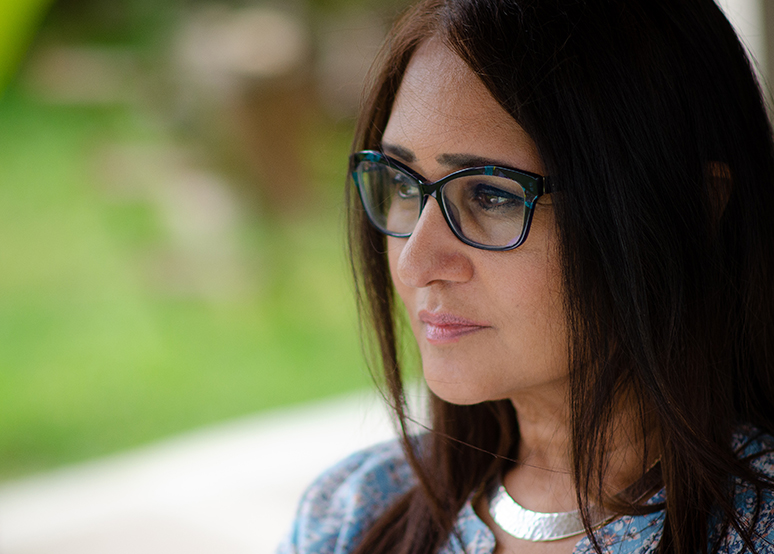 Ananda Devi was born in Mauritius in 1957 and won her first literary prize at age fifteen for a short story in a Radio France Internationale competition. After a few years spent in Congo-Brazzaville, Devi moved to Ferney-Voltaire, Switzerland in 1989, where she lives today. She has published twelve novels as well as short stories and poetry, including Eve Out of Her Ruins (translated by Jeffrey Zuckerman) and The Living Days (translated by Jeffrey Zuckerman). Her literary awards include the 2006 Prix des cinq continents de la francophonie and the 2007 Prix Télévision Suisse Romande for Ève de ses décombres, as well as the 2010 Prix Louis-Guilloux and the 2012 Prix Mokanda for other works. In 2010, Devi was made a Chevalier des Arts et des Lettres by the French government, and in 2014, she was awarded the Prix du Rayonnement de la langue et de la littérature françaises by the Académie Française. Her latest novel, Manger l’autre, won the 2018 Prix Ouest France Étonnants Voyageurs.