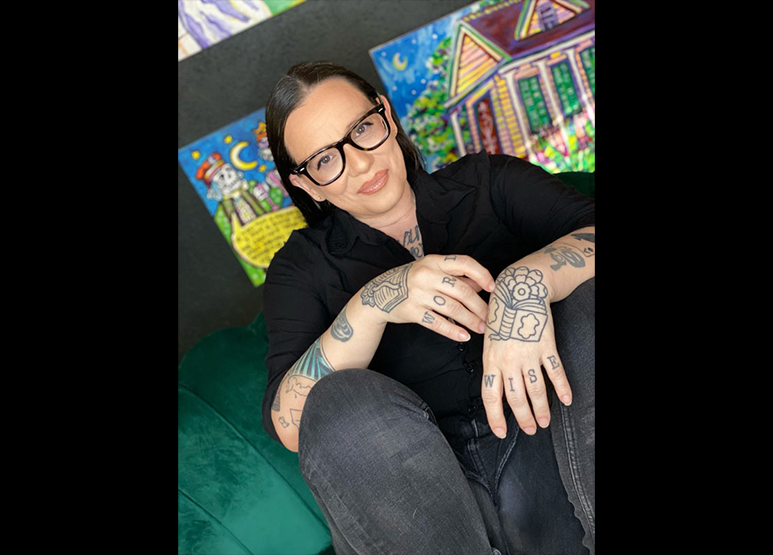 Cherie Dimaline is a member of the Georgian Bay Métis Community in Ontario. Her 2017 book, The Marrow Thieves, won the Governor General’s Award and the prestigious Kirkus Prize for Young Readers, and was the fan favorite for CBC’s 2018 Canada Reads. Her most recent novel for adults, Empire of Wild, became an instant Canadian bestseller and was named Indigo’s #1 Best Book of 2019. Dimaline received the prestigious Writers’ Trust Engel Findley Award in 2021. Her most recent YA novel, Hunting By Stars, was published in Canada and the U.S. in 2021, and is a 2022 American Indian Library Association Youth Literature Award Young Adult Honor Book. She lives in Midland, Ontario, where she is working on a few new YA books, her next adult novel, and film and TV projects.