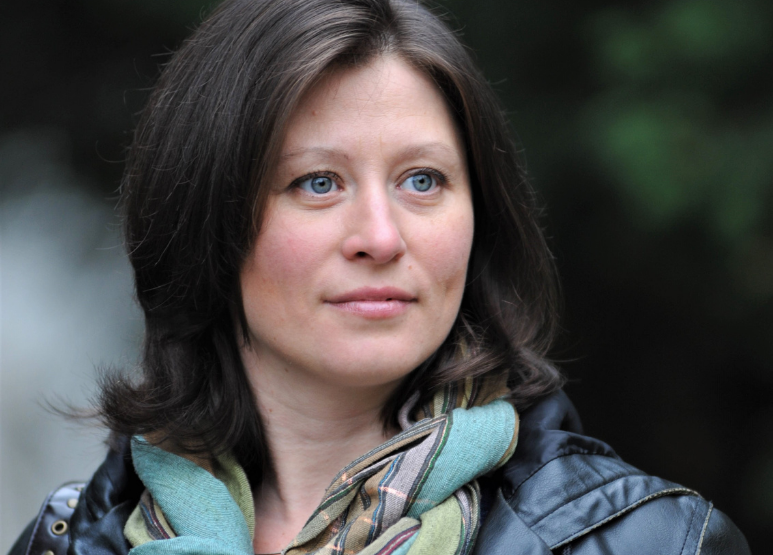 Halyna Kruk is a Ukrainian writer, translator, educator, literary critic, and former vice president of PEN Ukraine. She was born in Lviv, Ukraine and was educated at the University of Lviv, earning a Ph.D. in Ukrainian literature in 2001. She is a professor of literary studies at the university, where she focuses on medieval literature in Ukraine. Her first two collections of poetry, Mandry u Poshukakh Domu (Journeys in Search of Home) and Slidy na Pisku (Footprints on Sand), were published in 1997. She also writes poetry and fiction for children. In 1996-97, she won the literary competitions Ptyvitannia Zhyttia and Granoslov. In 2003, she was awarded the Gaude Polonia Fellowship by the Polish Ministry of Culture. In the same year, she won the Step by Step international competition for children’s books. She has participated in the Baltic Centre for Writers and Translators’ program.